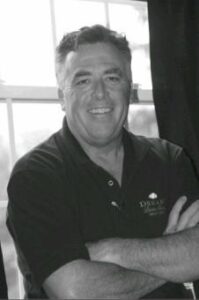 Ed is an Interviewer for the Youth and Family Training Institute (YFTI) which is a part of the University of Pittsburgh. He has worked with the team since 2012 and has been working in the Mental Health field for the last 15 years since retiring from his career as an Executive in the Staffing Industry for over 25 years. Ed is responsible for conducting interviews in the eastern half of PA for the Pennsylvania Care Partnership and the Luzerne-Wyoming System of Care grants.

He was born in Newtown Square in Delaware County, PA and spent most of his adult life in West Chester in Chester County, PA where he has raised his 4 children. Ed currently resides in Downingtown in Chester County. He has 2 adopted children Natalie (22) and Jordan (20). Ed also has two birth daughters, Sheila (35) and Meghan (38) and 5 grandchildren ages 5 months through 16.

Ed has had his own personal experiences with the mental health system due to the special needs of his adopted children and his oldest grandson who was diagnosed with Autism. He has spent much of the last 20 years navigating the MH/IDD and educational systems for his children and has also been an advocate for families requiring help in these same areas.
Along with conducting interviews, Ed also serves as a Hearing Officer for nearly half of the state presiding over grievances filed by families regarding their MH/IDD benefits.

Throughout these last 20 years, Ed brings with him significant knowledge that can be a great help to families as they begin their journey in this sometimes-confusing field of Mental Health. He has conducted dozens of interviews and prides himself on being very flexible to accommodate each family’s timetable and has a keen awareness of what a family is going through during these, sometimes, very trying and difficult times.