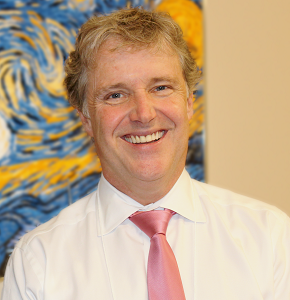 Kenneth C. Nash, M.D. is a Co-Principal Investigator (PI) on the grant funded by the Pennsylvania Office of Mental Health and Substance Abuse Services (OMHSAS) and awarded to the University of Pittsburgh/UPMC Western Psychiatric Hospital to create the Youth and Family Training Institute. Kenneth C. Nash, M.D., M.M.M. is the Chief of Clinical Services at UPMC Western Psychiatric Hospital (WPH) which is nationally ranked as one of the top mental health systems in the United States. Dr. Nash also serves as the Vice Chair of Clinical Affairs for the Department of Psychiatry at the University of Pittsburgh. The Department is the number one recipient of National Institute and Health funding for psychiatric research. As the Chief of Clinical Services, Dr. Nash oversees more than two hundred psychiatric members of the UPMC Presbyterian Medical Staff and is active on several committees. Dr. Nash has made quality a focus of his role as Chief of Clinical Services at WPH and has implemented numerous projects related to physician performance.

Dr. Nash has served in various leadership positions related to healthcare in western Pennsylvania and has been instrumental in the development of innovative psychiatric services throughout the service area. As a psychiatrist he is active in the clinical, academic, and administrative arenas. Dr. Nash is affiliated with a number of community-based agencies.

Currently, Dr. Nash is also the Principal Investigator (PI) on the five-year Center for Excellence in Public Service Psychiatry grant and is the Co-PI on the six-year Pennsylvania System of Care Grant which is funded through the Substance Abuse and Mental Health Service Administration (SAMHSA).